Introduction
In light of the discussion in our last installment about the relationship between JTAG and SPI, it’s no surprise that there is overlap with JTAG and SPI tools. Newer Corelis JTAG controllers include capabilities for direct communication with SPI buses, with the main goal of speeding up Flash programming. Let’s take a look at how SPI Flash devices may be programmed using Corelis tools. 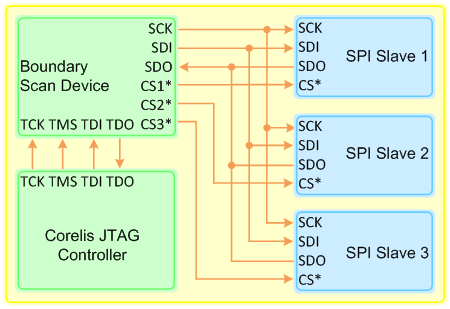 Direct Programming
Direct programming uses a direct interface between the hardware controller and SPI bus to program SPI Flash without the overhead of boundary-scan. All modern Corelis JTAG controllers, such as the single-TAP USB-1149.1/1E or the 4-TAP NetUSB-1149.1/E (blue LED version) include this feature. 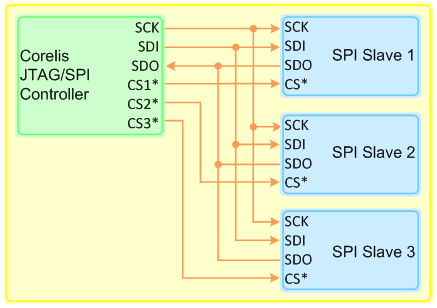 Conclusion
If you have a supported controller and a need for speed, direct SPI programming can save time. Boundary-scan is good for small amounts of data or cases where board real-estate requirements won’t allow a separate SPI connector. For cases where the SPI bus is controlled by a CPU, check out ScanExpress JET for at-speed Flash programming to get the best of both worlds.