Conducting product testing on printed circuit boards (PCBs) has the potential to become costly. Because of this, it’s easy for businesses to view PCB assembly testing as an expense without much value.

On the other hand, adequate testing doesn’t mean that every product requires 100% test coverage. The costs of the tests necessary to achieve the last few points toward 100% are often not only unnecessary, but costly to a point where both production costs and the retail cost of the product can increase exponentially.

It’s essential to assess the optimum amount of testing for a given product and industry to maintain a high-quality product while also limiting the overall cost of test. For example, military and aerospace products require a significantly higher investment in test when compared to other industries due to the nature of their mission-critical operation. On the other end of this spectrum, however, lower-cost consumer electronic products, where some amount of product defects may be acceptable, typically requires a smaller test investment.

Many PCB assembly manufacturers use an approach known as PCOLA/SOQ/FAM when evaluating the effectiveness of test systems for their products. This approach defines a defect-spectrum of fault categories for assembled PCBs that can be used by test engineers to calculate a score for defect coverage. The “PCOLA” segment of the test evaluates the structural devices of a populated PCB using visual testing methods. This portion of the test looks at presence, correctness, orientation, live, and alignment. 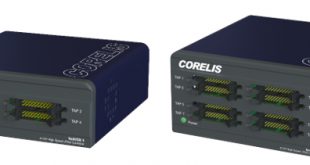