Designed for the most hazardous high radiation environments, the BAE Systems RAD750 radiation hardened PowerPC microprocessor is the most advanced processor offered to the space community. From the Mars Reconnaissance Orbiter to the Curiosity Rover, the RAD750 microprocessor has proven time and again to lead the industry in quality, performance, and cost.

CodeRunner is the only JTAG emulator designed specifically for the BAE Systems RAD750 processor. Featuring a high performance JTAG emulator, an easy-to-use graphical debug environment, and integration with BAE Systems tools for the Power PCI intelligent bridge, CodeRunner is the perfect environment for developing and debugging mission-critical embedded software for RAD750 systems. 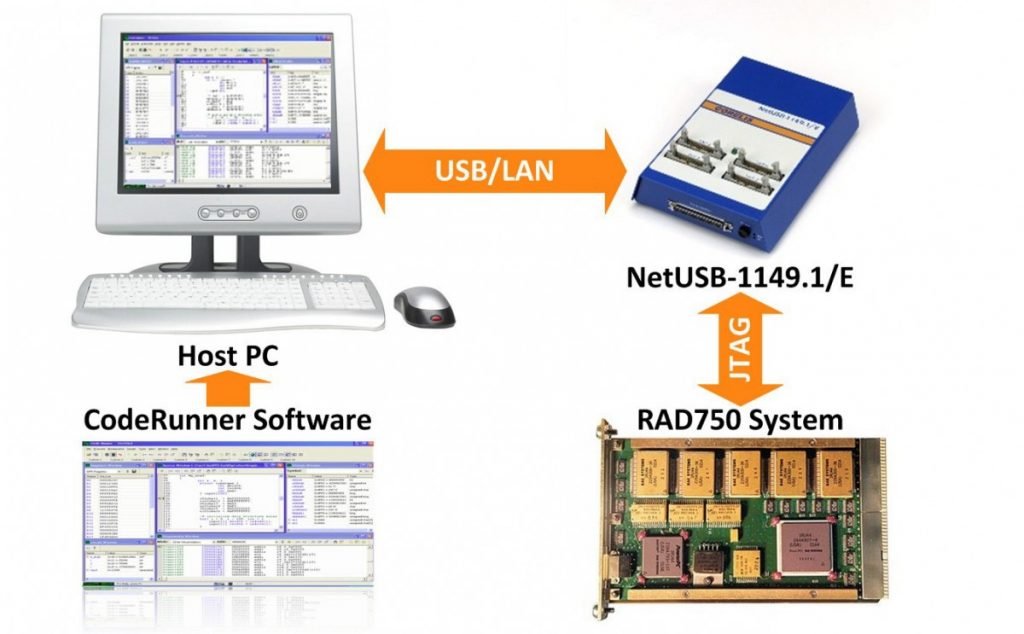 The Corelis CodeRunner emulator utilizes the industry standard IEEE-1149.1 JTAG Test port to access the internal debug resources available on the microprocessor. Since the boundary-scan logic of the processor is separate from the core processor logic itself, this access mechanism allows complete non-intrusive access to all processor resources. Thus, no interrupts, no RAM, no ROM, and no registers need to be assigned for debug purposes and no ROM based debugger or loader program is required. At the same time, no peripheral resources such as serial ports are needed to communicate with the emulator/debugger.

In addition to these benefits, the use of the JTAG interface also ensures that RAD750 microprocessor access is maintained even when the processor ‘hangs’ or otherwise runs out of control. Programs and data can be downloaded to any part of the system RAM through the JTAG port without the need for a resident loader program.

The CodeRunner emulator includes a powerful source-level debugger with a multi-window environment, allowing the developer to view source code, assembly code, variables (both local and global), memory, and register locations at the same time. It also supports the concurrent debugging of targets with multiple CPUs, providing the capability to display windows for each CPU on the screen simultaneously. 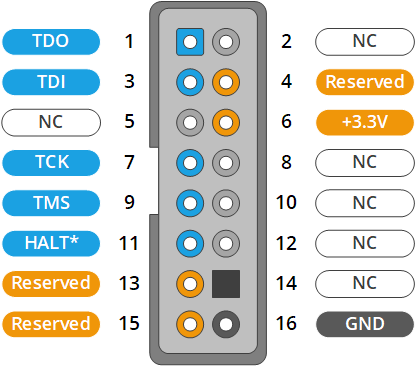 CodeRunner provides full source-correlated debugging, allowing the user to display the source for a particular line of assembly code and vice versa. CodeRunner includes a modern integrated development environment (IDE), and features a very straightforward and user-friendly interface. Anyone familiar with the usage of source-level debuggers will master CodeRunner’s powerful features quickly, reducing the learning curve.

CodeRunner works with all popular C/C++ cross-compilers that generate ELF/ MDEBUG, ELF/Stabs, or ELF/MDEBUG & stabs debug information. The user has the option to automatically load all debug symbols along with the executable, and these symbols will be displayed alongside of each line of assembly code.

Read how the Corelis Scan Library and the CodeRunner-RAD750/NetUSB/E JTAG Emulator enabled easy development of custom JTAG tools to simplify programming and debug of a RAD750 computer at BAE Systems.

Use JTAG in-circuit emulation for real-time, non-intrusive development and debug on embedded systems with RAD750 microprocessors.

Reset the processor, start and stop program execution, step through source or assembly code, set breakpoints, and more—all from an easy-to-use software development and debug environment.