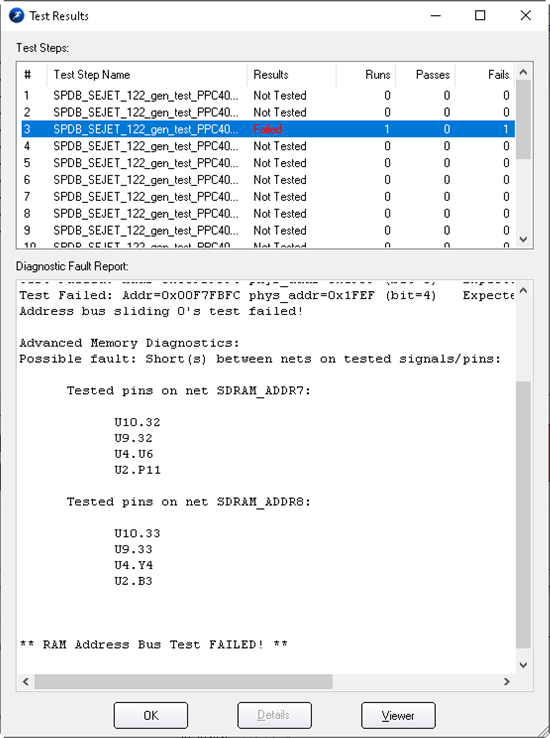 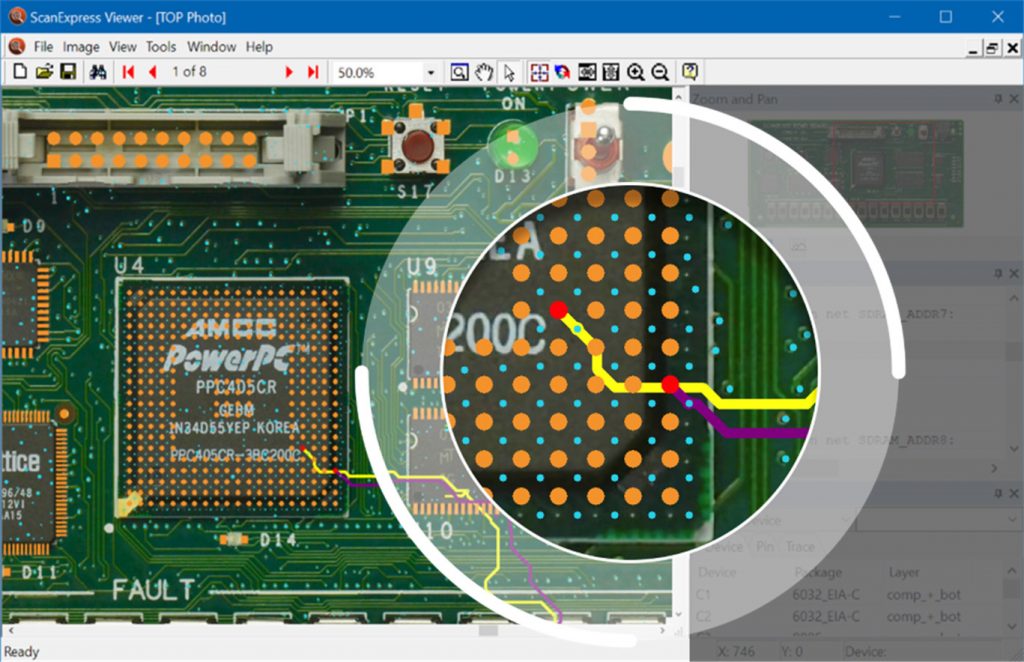 Corelis ScanExpress JET represents a major step forward for automatic circuit board testing. The JTAG Embedded Test (JET) method extends coverage beyond popular boundary-scan techniques to virtually every signal of the UUT that is accessible by on-board CPU(s). This includes most of the remaining non-scannable, analog and I/O port resources.

Here is a list of some important JET Benefits:

ScanExpress JET™ represents a quantum leap in automatic circuit board testing by extending boundary-scan structural test coverage to virtually every signal on the board that is accessible by an on-board CPU.

END_OF_DOCUMENT_TOKEN_TO_BE_REPLACED

ScanExpress Runner™ provides a runtime executive environment that is friendly for design, production, and field service.

END_OF_DOCUMENT_TOKEN_TO_BE_REPLACED

ScanExpress Viewer™ is a powerful graphical fault identification system that helps to isolate the source and location of faults encountered during boundary-scan test of printed circuit board assemblies.

END_OF_DOCUMENT_TOKEN_TO_BE_REPLACED

High-performance, production-ready JTAG hardware available in single-TAP, 4-TAP, and 8TAP configurations for a variety of interfaces.

For more information about ScanExpress JET, view the product page.

Click here to view the ScanExpress JET Whitepaper which provides an overview of what JET is, how it works, and the benefits of using JET in conjunction with existing boundary-scan and ICT test methods. 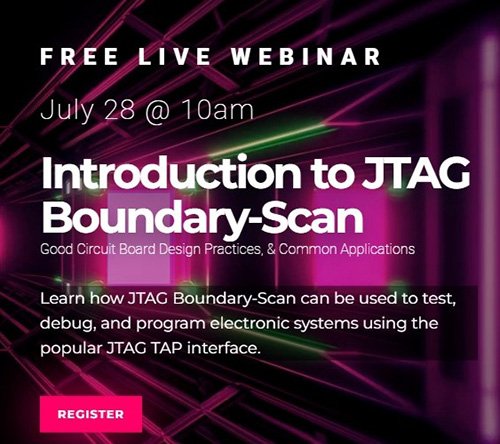